Why Social Media Is Imperative To Your Digital Marketing Strategy

The importance of social media marketing is not new, and although there has been a significant increase in investment in marketing across social platforms, it seems that there’s still plenty of room for growth.

With the vast numbers of people engaged with social media on a daily basis, it’s not hard to fathom why businesses are dedicating much of their advertising budget to this area. In fact, it’s believed that nearly 40% of the world’s population, equating to around 2.8 billion people, are actively engaged on social platforms.

For those that have not yet jumped on board the social bandwagon for your business’ marketing, we outline why it’s crucial to your digital strategy, focusing on how you can benefit and the strategies to implement.

What will you gain from running a social media campaign?

Above anything else, there’s clear data that proves social media provides genuine ROI, sometimes even better than other digital marketing channels. Firstly, if you don’t want to spend any money on social media but still want some results, you can. It will take a lot of work to gather organic traction but it can be done.

With advertising on social media, you can often find that you don’t end up spending as much as you thought, because metrics such as cost-per-click (CPC) or cost-per-impressions are lower than other channels. For example, if you were to compare Facebook Ads to Google Ads, you could find that the CPC for Facebook is around  $1 to $2, instead of the $5 to $8 you’d spend on Google.

Online marketing experts Wordstream conducted a study of hundreds of business across several industries that found the average CPC on Facebook was $1.72 and the average conversion cost $18.68.

The scale of the audience alone should be enough to convince you that social media will get you seen by thousands, if not tens of thousands, of people – and the huge number of social media users is only continuing to grow. The key to generating proper brand awareness is through a well-crafted content strategy, either through organic or paid methods, the latter of which will allow you to reach more people. Once you’ve established virality, you’ll not only see your brand reputation and social metrics improve, but your traffic should also go through the roof as well.

Once you’ve built your following and generated initial business, the next key step is to turn them into returning customers, as well as brand representatives. There’s no doubt strong customer service and a positive experience will determine this, but there’s a role social media can play, and that is the soundboard.

Whether it’s the business sharing customers’ stories across its channels or users themselves posting about their experiences, building a positive reputation online will ensure you get return business, as well as make you a more appealing choice for potential leads.

What can you focus on to ensure your social media campaign is a success?

After watching a video, viewers are believed to be 64% more likely to make a purchase online. So it makes commercial sense that video is a strong part of your social strategy. Link everything you produce either back to your brand or to a particular product/service, so there is a clear call-to-action (CTA) from engaging with your content.

Video, in particular, is something that is expected to take over the internet, in fact, there’s a remarkable statistic that suggests 80% of global traffic by 2020 will be attributed to video. This is because of the sheer volume of video content being uploaded, both from a personal and business stand-point. In 2018, around 87% of marketers used video content in their social campaign, so you could be missing out on something big!

Businesses have been using ambassadors for decades, but there’s a whole new strategy in play, and that is influencer marketing, which revolves around finding the best people to become online advocates for your company. Instagram is one of the biggest players in this field, with the opportunity for people with thousands of followers to become brand ambassadors by liking and sharing content for the business they represent.

How effective is this model? Hugely! Especially in the retail or hospitality fields. More than 50% of all internet users follow influencers’ social accounts, 30% of which are more likely to purchase a product or service recommended by an influencer.

At the end of 2017, there was $2 billion spent on influencers. That number is expected to increase to $10 billion by 2020. There are even dedicated companies that link businesses with influencers, such as Tribe, which was founded by former Australian TV and Radio host Jules Lund.

In everything that you do throughout your social media campaign, be sure to focus on mobile-friendly content that is easily digestible and includes a strong CTA. Why? Because everything is moving to mobile and it’s vital that you leverage the opportunity in this changing paradigm.

Social media marketing is a growing beast and it’s not too late to jump on board and reap the rewards for your business. If you’re looking to run a social media advertising campaign, or just want more information about the space, get in touch with our Digital Strategists today! 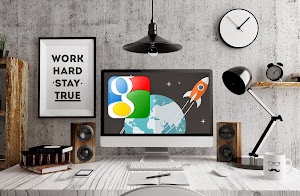